What Smart TVs Can You Add Apps To? (Solved!)

If you are a first-time smart TV owner, one of the first things you will do is install your favorite apps, which is usually based on what you use on your smartphone.

Your smart TV choice might be based on which works best with your favorite apps.

What Smart TVs Can You Add Apps To?

All newer smart TVs will allow you to install apps. This is a huge staple for the smart TV industry and ultimately is the reason why people buy smart TVs in the first place. Without apps and connection to the internet, the TV would not be considered smart.

Before you start downloading, here are some things you need to know about adding apps to your smart TV: 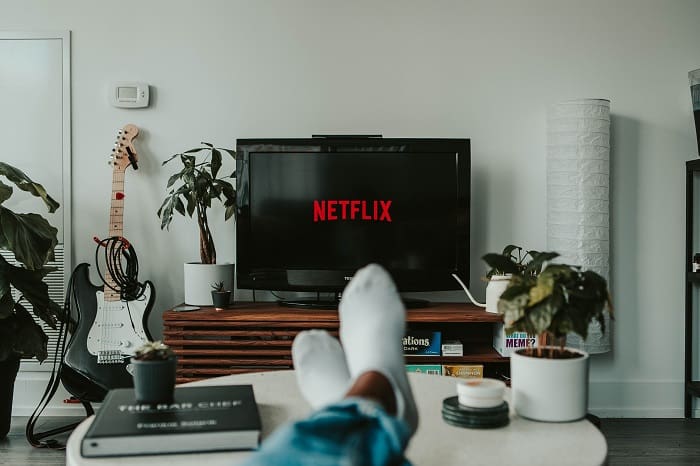 Which Smart TV Can you Install Apps on?

All modern smart TVs in the market allow you to install apps within their respective app stores.

As we’ve mentioned, the premise of a smart TV is its ability to connect to the internet and therefore install apps.

What Smart TV Brand has Most Apps Available?

Roku has the widest selection of apps for smart TVs.

With over 4,000 channels or the brand’s term for apps, Roku probably has the app you want for your smart TV.

Roku is the platform used for budget smart TV brands like TCL.

Android TV, the platform used by Sony, is a close contender for the most number of apps in its app store.

Do all Smart TV Brands Have Apps?

Since manufacturers of smart TVs have their preference for smart TV operating systems, that would mean they have different selections of apps for their brand.

Also, some apps may have a different interface in other TVs but do the same functions.

What Smart TV Brand is Most Known for its Apps?

Different smart TV manufacturers have their respective niches when it comes to apps.

Vizio, a budget brand, is known for its cloud-based apps.

Instead of installing directly on your smart TV, Vizio gives you a “link” that lets you open the app installed online.

Since it is cloud-based, you don’t need to worry about firmware updates as these are updated when you access them online.

Sony, on the other hand, is known for its integration of Android TV for its smart TVs.

If you are looking to get a good selection of apps for your smart TV, consider getting a TV that runs Android like Sony.

Since Android has one of the widest selections of apps, it would be close to impossible not to find an app that you can use.

Meanwhile, Samsung’s Tizen OS is best known for its strict standards for apps.

That means Samsung approves all apps uploaded to their app store before users can download them.

What are the Most Popular Apps for Smart TVs?

The most popular apps on smart TVs are those that let you stream various forms of entertainment, such as:

One of the top providers for such content is Netflix, which gives you access to exclusive shows and films, and other chart-topping programs.

Netflix is so popular, Samsung includes it as a default app in its smart TVs.

In some cases, some manufacturers put a dedicated Netflix button on the remote control of your TV, so you won’t have to scroll through rows of apps on your TV.

As the second largest search engine, next to Google, YouTube is a default app found in almost all smart TVs.

Being a repository for different crowdsourced content, it is not surprising that YouTube would be one of the top apps for smart TVs.

If you have kids at home, consider downloading the YouTube for Kids app.

This child-friendly app is free and has no ads.

Spotify, despite being an audio app, is a popular app for smart TVs.

Yes, turn that TV into a jukebox to liven up your next gathering with your friends or family.

Considering how loud the speakers of your smart TV are, your TV makes the perfect sound stage to project your favorite songs in adjacent rooms.

Another form of popular apps on smart TVs is fitness-oriented services.

If you use a big smart TV, this is perfect for people who want to exercise at home without hiring a personal trainer.

Apps like Daily Burn let you choose different exercises, whether low impact like yoga or high impact routines for cardio-vascular strengths, so you can be fit without leaving your home.

Who Makes the Apps for Smart TVs?

There are large app developing companies that make apps for smart TVs.

They are usually independent of manufacturers of smart TV and develop different versions of their app to match the compatibility of the various smart TV operating systems.

There are even individual programmers who create apps for mobile or TV use, and then those apps are bought by companies like Apple, Android, and others to fit into their app stores.

If you are curious about who created your app, consider checking out the details in the description of the app in the store.

Do All Smart TVs Have the Same Apps?

For the most part, you can find the most popular apps across different smart TV platforms – such as the ones we’ve mentioned above.

The interface may look different from one TV to another, but ultimately they will have the same functions.

Some can’t be found everywhere, though, such as HBO, which can be downloaded on Samsung but is not available on LG.

And LG has TV management apps that are not present in Vizio.

Can You use Apps Not Found on the Platform of Your Smart TV?

Doing this is pretty complicated for the average user, and requires that you find an app that can read your external storage from within the TV’s operating system.

From that file reader, you will open your application and attempt to download it to your system.

However, you could potentially damage your software by adding apps that your TV is not compatible with.

Note that this method is not one hundred percent guaranteed to work and may void the warranty of your smart TV.

Can You Delete the Built-in Apps on Your Smart TV?

You cannot delete all built-in apps from your smart TV.

These apps are usually the key features offered by the manufacturer of your smart TV.

If you cannot delete them, you can at least try to disable these apps or simply not use them.

If they are annoying you, turn off their notifications.

Do All Smart TVs Have App Stores?

Not all smart TVs have their app stores, but the inclusion of an app repository is a default feature in modern smart TVs.

If you own a smart TV without an app store but want to install more content, consider buying a digital media player, like the Apple TV box or Amazon Fire TV stick.

These devices plug into the HDMI port of your smart TV, giving your existing smart TV a new identity as if you had two (2) different TVs.

By default, these devices have app stores, where you can find new apps to install.

What is a smart TV?

Smart TV: What you need to know

Did you find wrong information or was something missing?
We would love to hear your thoughts! (PS: We read ALL feedback)
You Might Also Like... 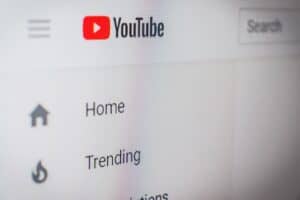 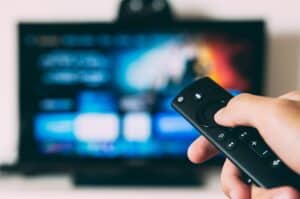